I’ve been yammering online about the distinctions between different entities in the landscape of digital publishing and access, especially for digital scholarship on text. So I’ve collected everything I’ve learned over the last 10 years into one, handy-to-use, chart on a 10-year-old meme. The big points here are:

The common objections are: 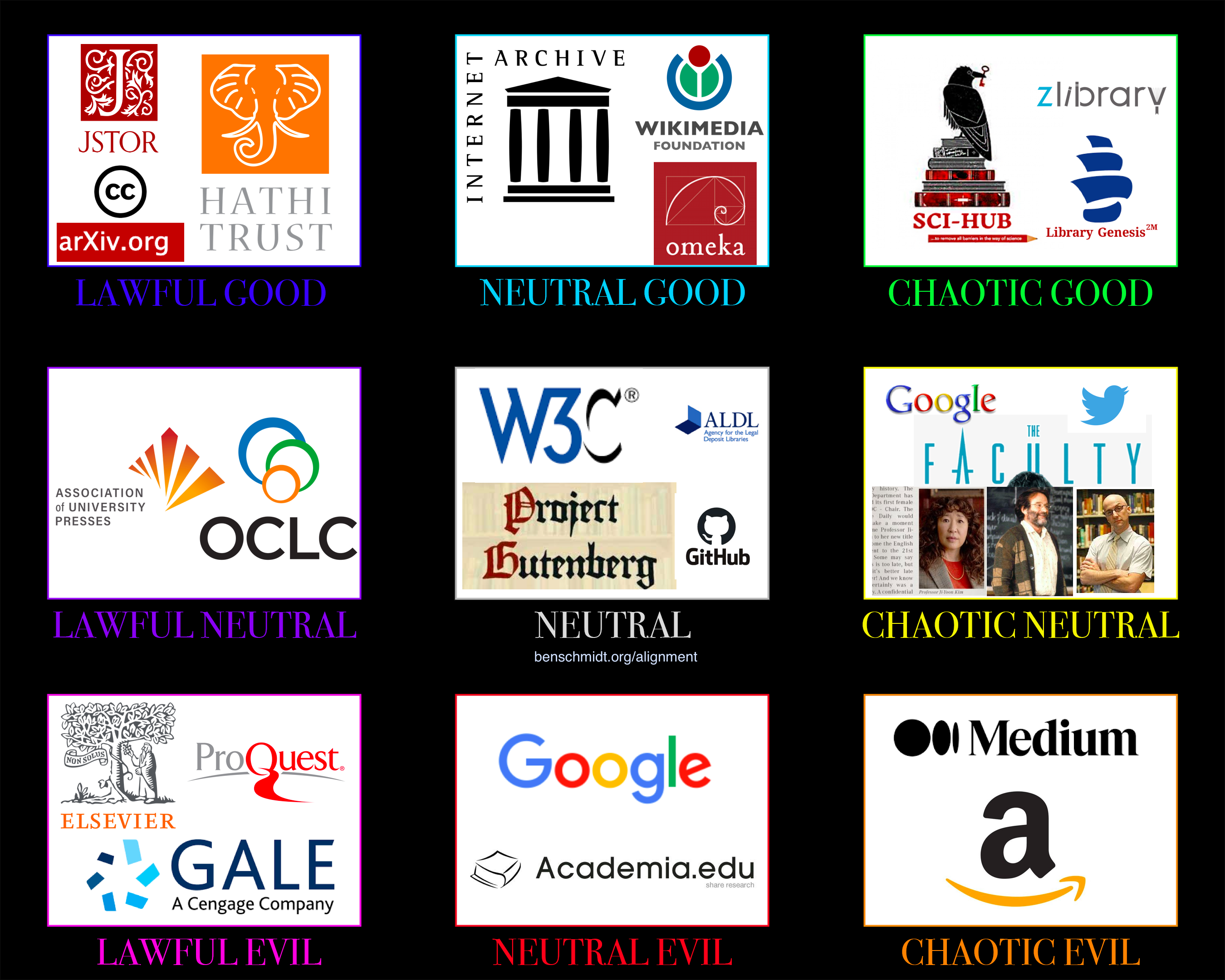