Moving (or rather, staying in place)

Some news: in September, I’ll be starting a new job as Director of Digital Humanities at NYU. There’s a wide variety of exciting work going on across the Faculty of Arts and Sciences, which is where my work will be based; and the university as a whole has an amazing array of programs that might be called “Digital Humanities” at another university, as well as an exciting new center for Data Science. I’ll be helping the humanities better use all the advantages offered in this landscape. I’ll also be teaching as a clinical associate professor in the history department.

If you’re at NYU or somewhere nearby and want to chat, please do reach out; I’ll be around through the end of July. There should be more to say about this going forward.

But just to look back a bit: I’ll be leaving Northeastern, which has built up one of the country’s best digital humanities programs over the last seven years. The history department (and our college dean, Uta Poiger) have been extremely supportive of the possibilities of digital history, of alternative publication models, and of DH in graduate education. It’s been great to see Cameron Blevins expanding the history department’s profile since he arrived two years ago. I don’t want anyone to think I or they screwed up the tenure or retention process. I’ve found it a great place to work. Especially if you live anywhere near Boston.

But this move has been a while coming: about six months after I started at Northeastern, my wife accepted a job teaching Soviet history at NYU. Many academic couples end up juggling locations for various periods of time, and ours hasn’t been the worst; I’ve been fortunate through various means (the National Endowment for the Humanities, Columbia’s SIPA, and Northeastern’s parental teaching releases–thanks to each) to only have to be on campus one semester a year since we moved to New York in 2015. And New York to Boston–as academics at parties have too often cheerily reminded me–is not the worst commute out there; just 4 hours in a comfortable train car with sporadic wi-fi access, with ten minutes of subway rides on either end. Despite its imperfect reputation, I’ve found Amtrak to always be great; I did probably 30 round-trips last semester, and didn’t hit a single major delay.

But any commute is hard, especially when you have small children. (Which is, demographically, a set that academic commutes fall most heavily on.) I remember, shortly before starting my job at Northeastern, reading Mark Sample write about how the commute is a “grueling, brain-frying, wallet-emptying, time-wasting, body-breaking, soul-draining way to live.” Amen. I can’t help but think that the widespread acceptance of commutes (and their flipside, residential fellowships) is toxic for local university communities and, in aggregate, for gender and probably socioeconomic diversity in the professoriate. But I also see others happily splitting their time or playing a longer game than I can imagine. So it’s probably enough simply to say the commute is not for us. 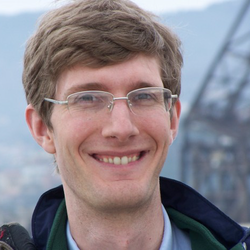